Having spent a day out of the rabbit hole, it was time to pop back down with a trip to Birmingham.  This was the long haul.  After a long drive, there was only just time for a quick scoot round the lovely museum and art gallery to see the astonishing Staffordshire Hoard, and a bite to eat, and then it was off to the Symphony Hall. 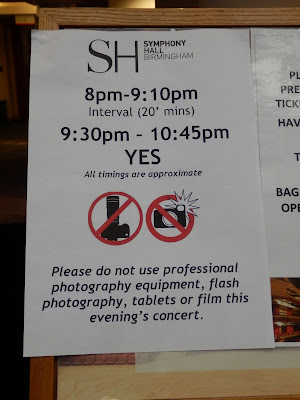 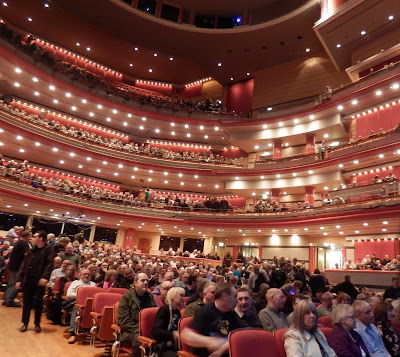 The stage here is nice and low and quite curved.  Plus, if you ever rejoice at getting a seat in Row A, please be aware that the numbering starts at AA. Us Front Row Warriors have to know this sort of stuff.

I was in CC - but not for long.  A quick commando crawl down the aisle and I was in Row AA, right in front of Billy, who raised his eyebrows at my sudden appearance. 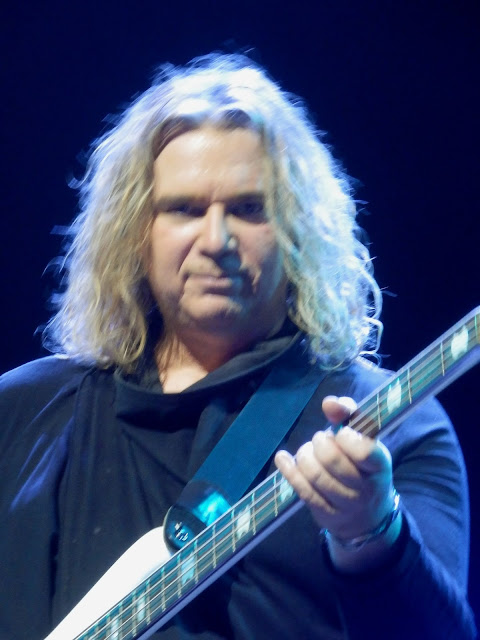 On with the show! 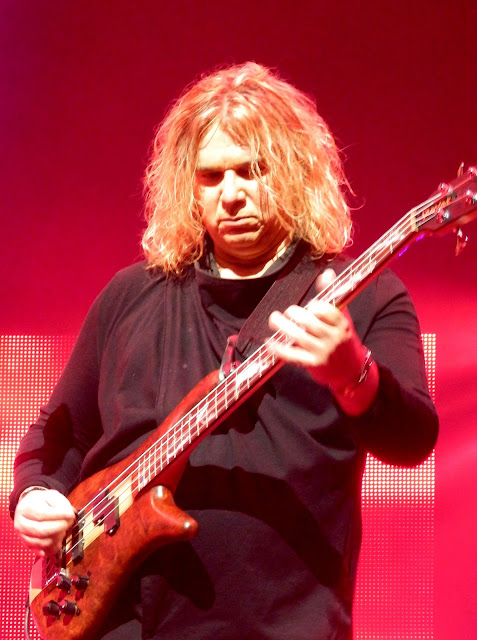 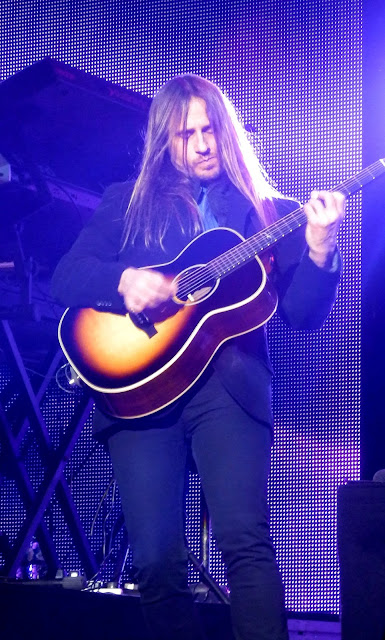 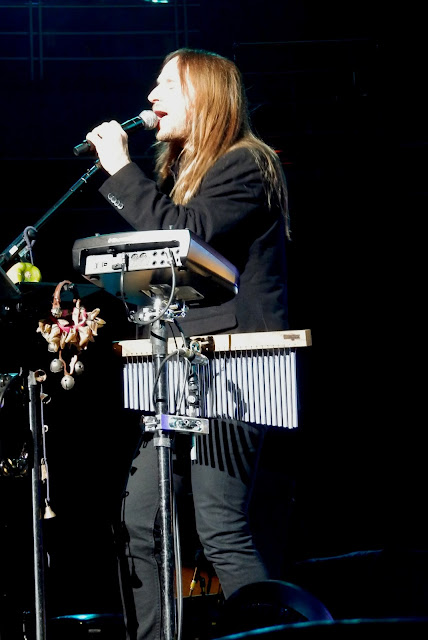 The band had been steadily improving since Bristol, with Steve especially relaxing into his performance. 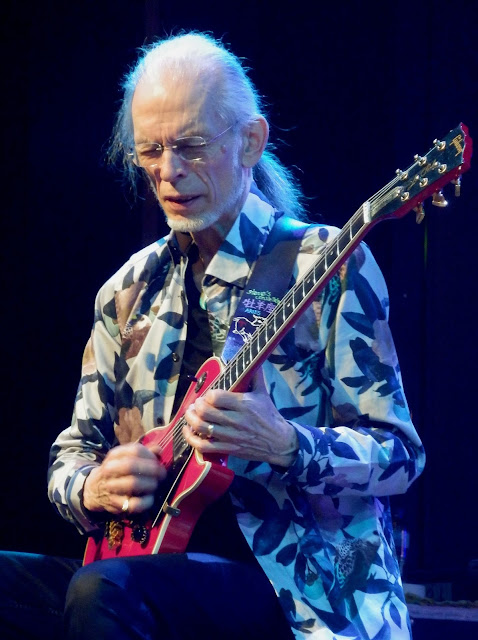 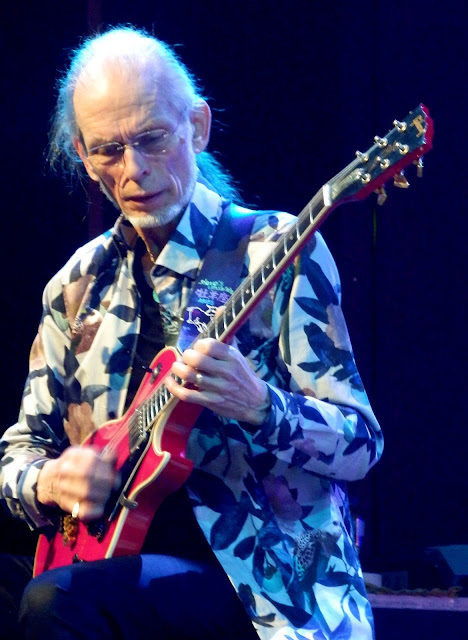 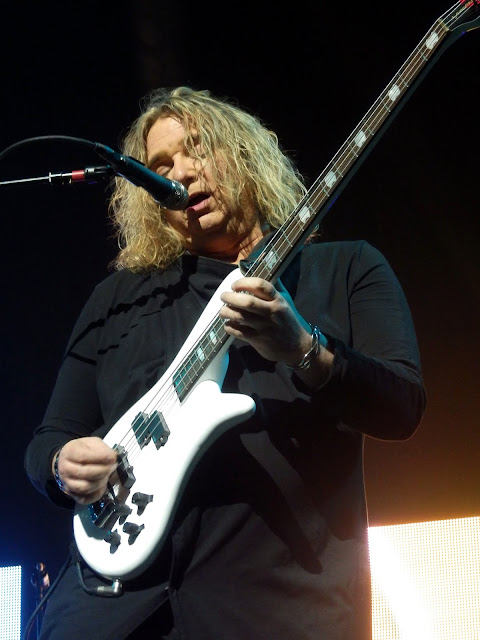 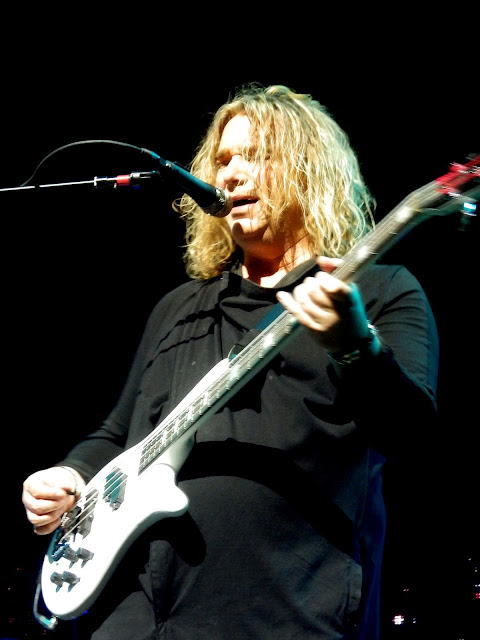 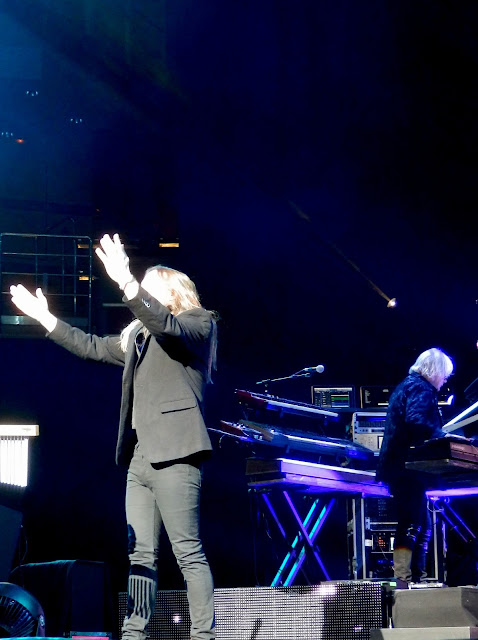 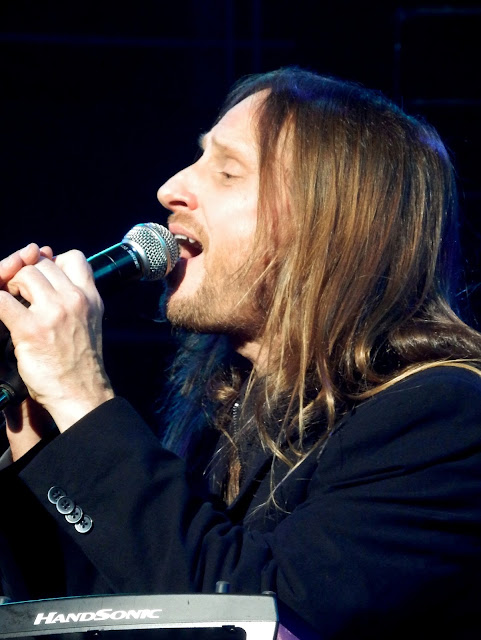 Apologies for the excessive number of photos of Mr Sherwood, but he was right in front of me.  Here he is nailing a storming Parallels. 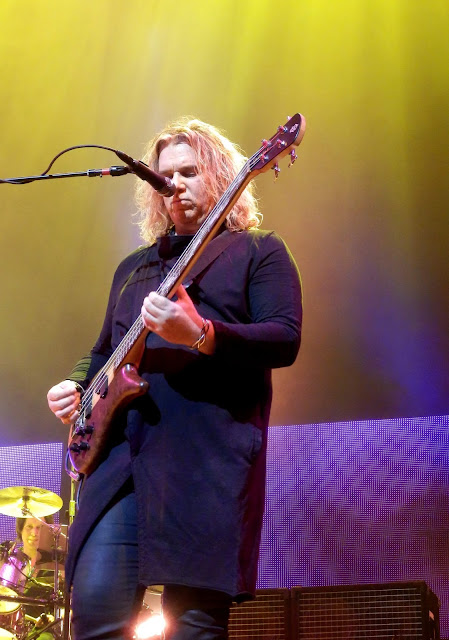 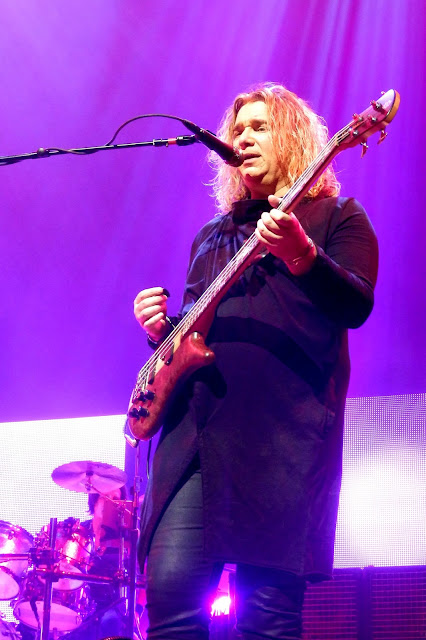 It's the beginning of a new love inside... 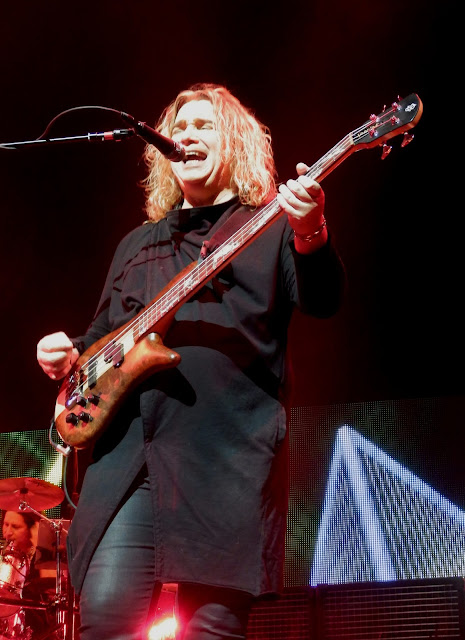 To be an ever opening flower... 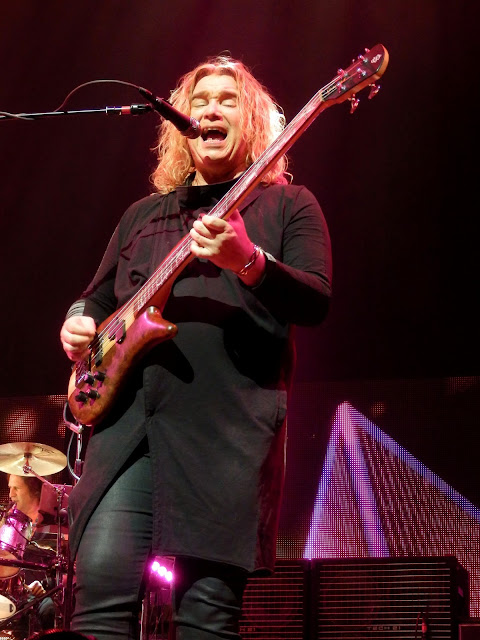 Tonight, the introduction to And You and I expanded even further beyond plastic bags and the environment into more uncharted ecological territory.  Wooh!  Right on...

Here's the bit where Billy plays the harmonica. 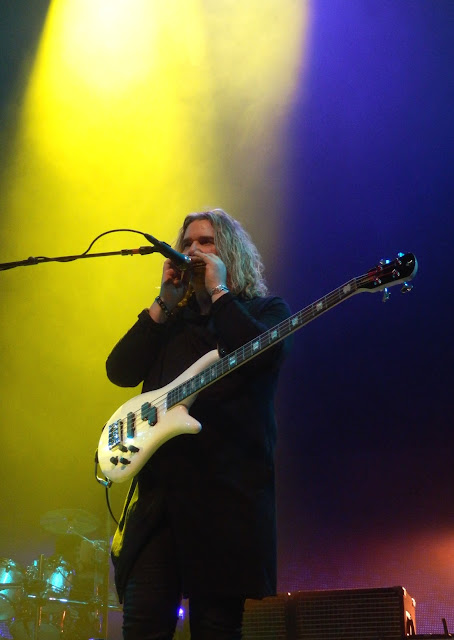 At this point, when it turned to the Topographic part of the set, I stopped taking photos, preferring instead to listen to the music rather than be concentrating on the visuals.  So there are no photos of Revealing or Leaves of Green.  But here's a couple from Ritual. 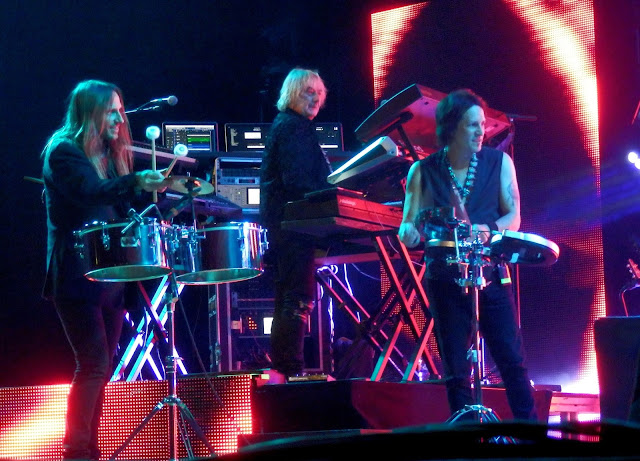 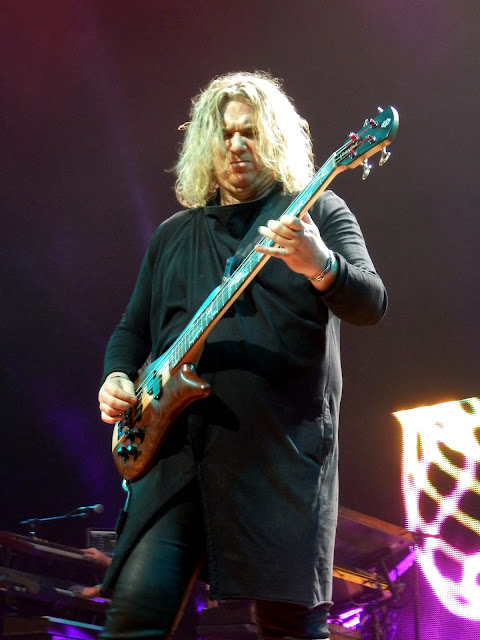 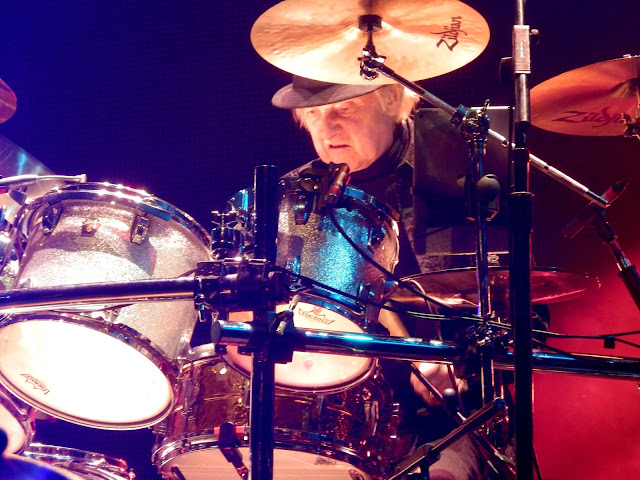 And yay!  Let's storm the stage for the encore! 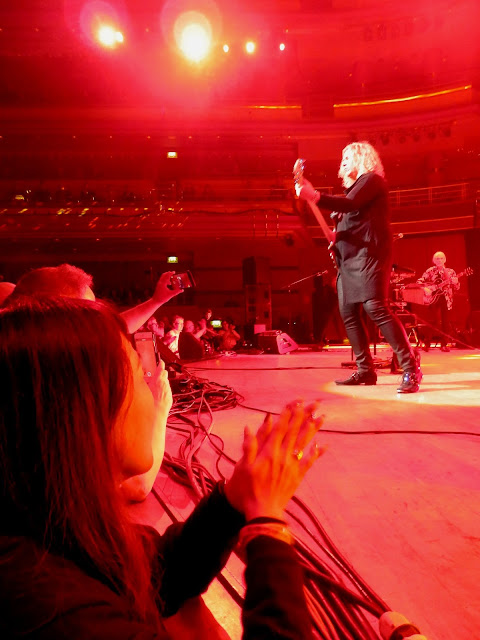 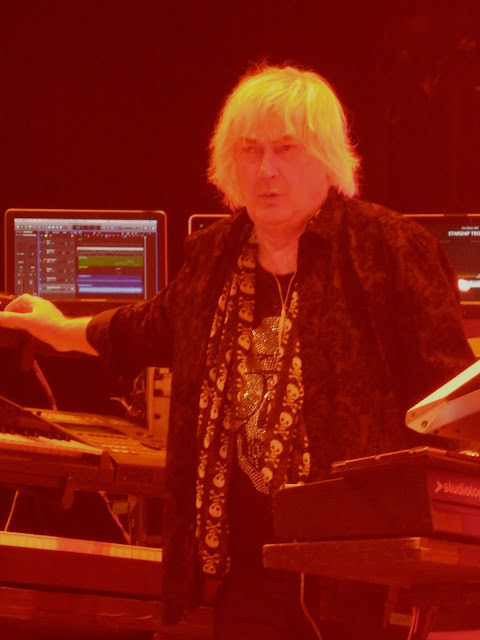 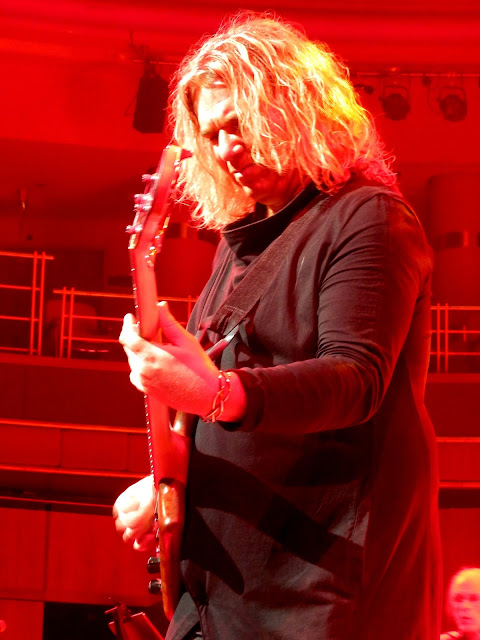 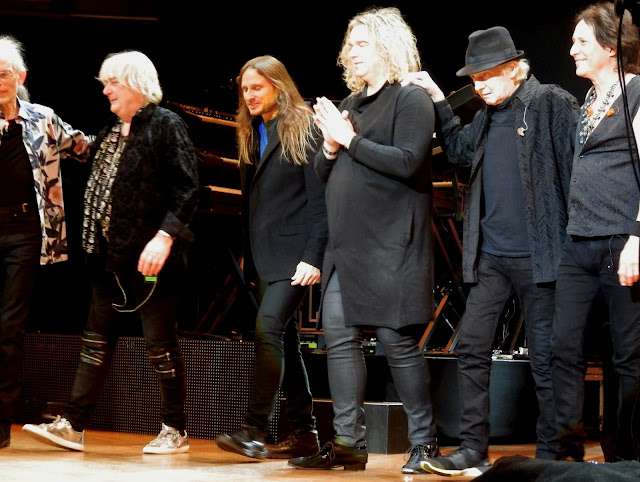 A brilliant night!  And afterwards, the band were good enough to sign a birthday poster for my son. 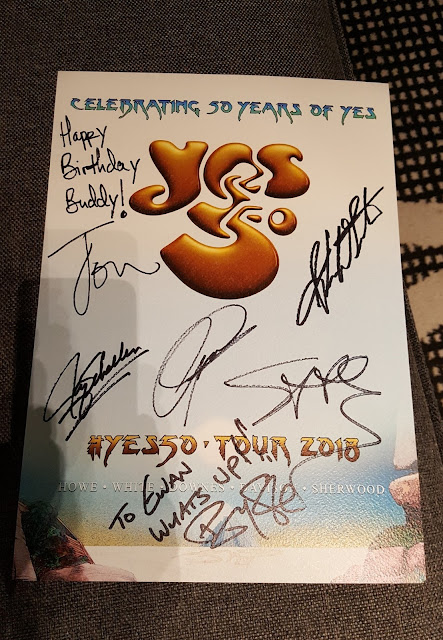