A quick scoot across from Birmingham, and there was time to visit the Tate, the Walker Gallery, visit an antique shop with a big ginger cat called Murdoch, have a drink in The Vines and The Philharmonic Bar across from the venue, both of which have spectacularly ornate old-fashioned brass, plasterwork and stained glass decorative interiors.

And on to the show.  Front row opposite Steve.  Blethery audience, who wanted to shout VERY LOUDLY into the ear of the person next to them all about previous times they'd seen Yes, but not to actually watch and listen to them on this occasion right in front of them.  They didn't like being shooshed. 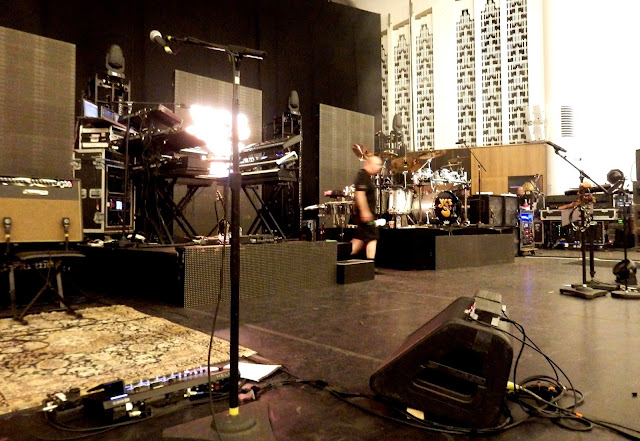 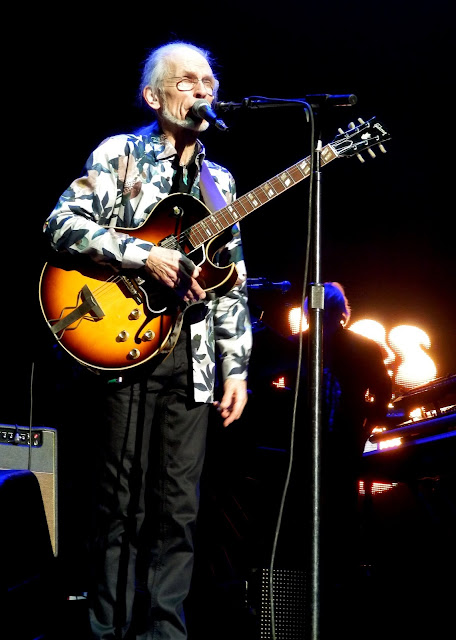 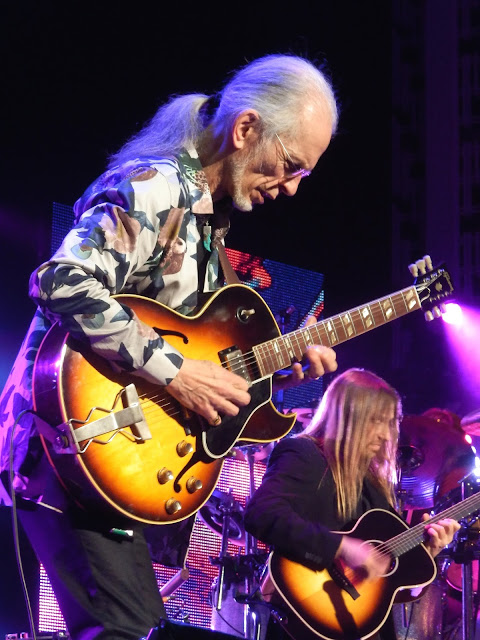 Steve has been wearing exactly the same clothes all tour, even down to these stripy socks. 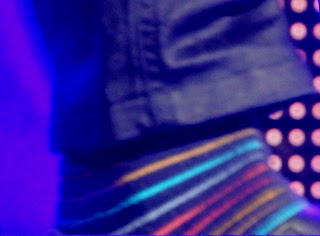 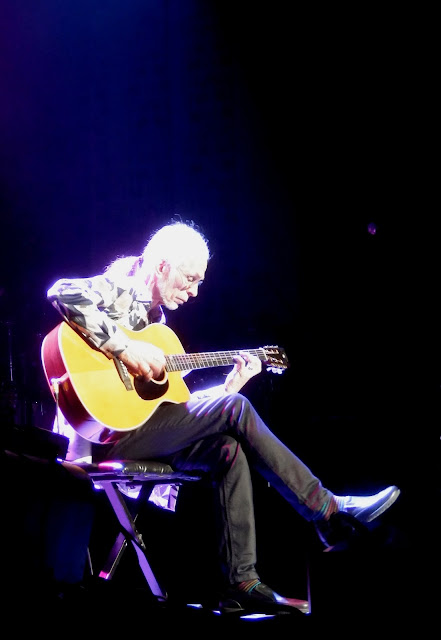 Steve is very, very 'relaxed'.  Jon is back to his smart casual suit look. 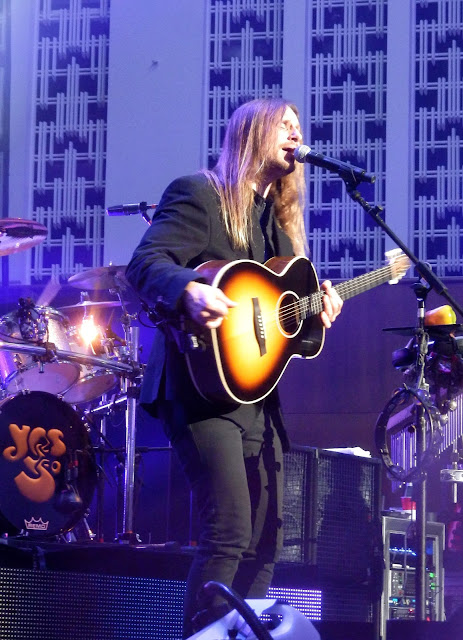 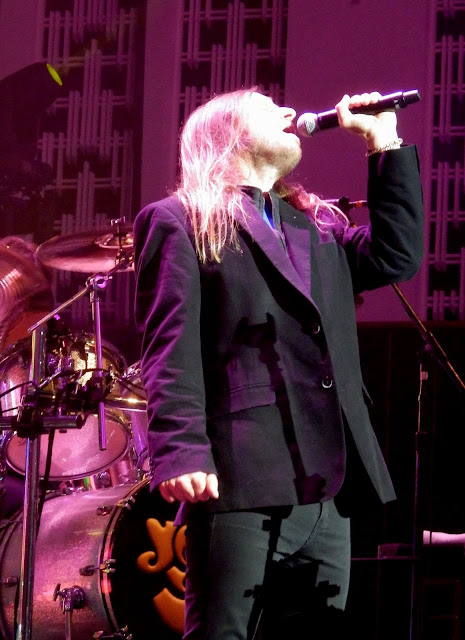 All tour, Steve has been building up to a real block-bustin' speech to introduce And You And I, and tonight he excels himself.  It's all here.  The planet. Plastic bags.  Ecology.  Nature.  We must respect is all, you dig?   Love it, love it all.   Go Steve!!

"We must love everything from the little cat right up to the big whale."  Steve says, quite unexpectedly and totally sincerely.  I immediately want to have that on a T-shirt. 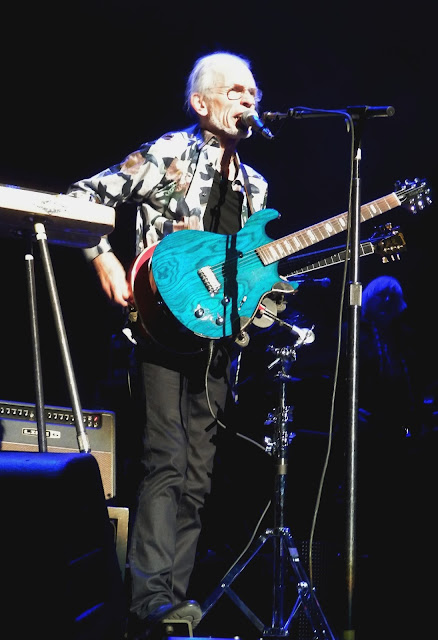 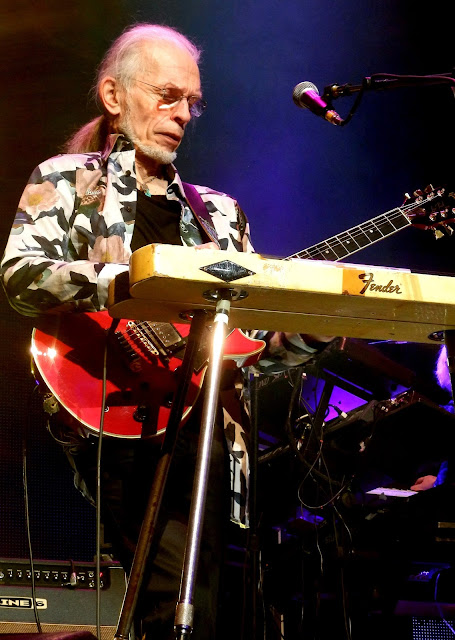 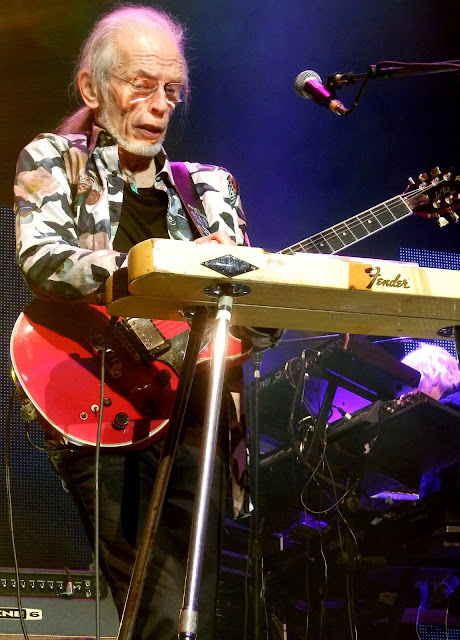 Apologies again for the Steve-centric post, but here he is at the side of the stage leaning against the speaker stack. 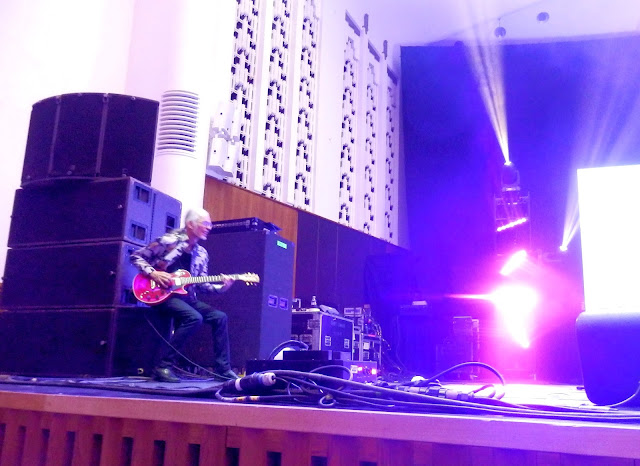 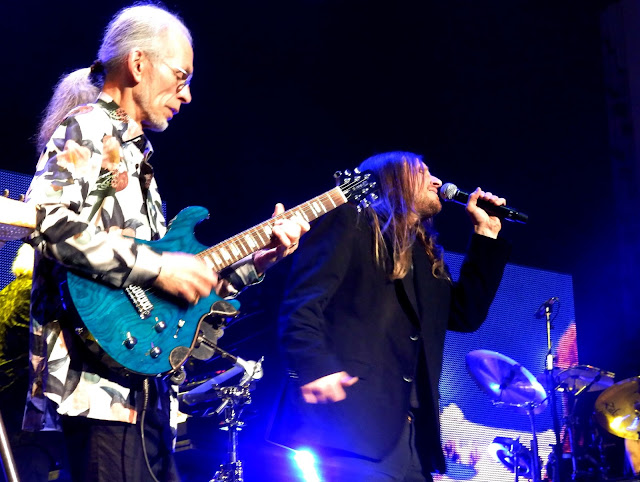 After an abortive attempt during the first song of the encore (Roundabout) to stand, the Tour Team managed to get down to the stage to dance around for the second (Starship Trooper).  The home crowd were still reluctant.  The Loud Chatty men disapproved strongly.  A random guy next to me looked up from his seat quizzically as I danced around him.  "Get up!" I shouted.  Which, good for him, he duly did.  Afterwards he said that actually, he'd rather enjoyed it.

It later turned out that the Loud Chatty man had wreaked Freudian revenge by tying our jacket arms into Gordian knots so tight that it was extremely hard to undo them. Is this a Liverpool thing? 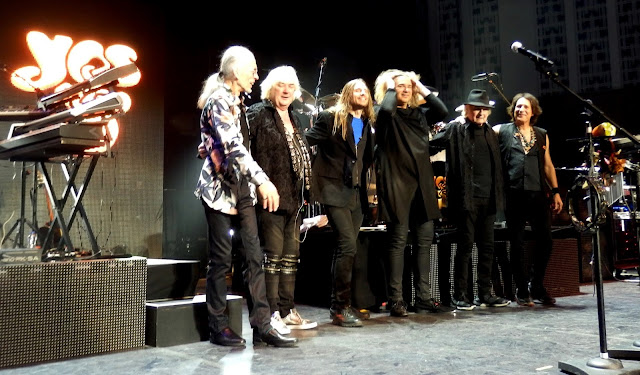 A while after the show, a couple stopped me in the street and spoke to me - I didn't know them, but they recognised me from the show.  They were fired up with energy and enthusiasm and how we'd been dancing around down at the front.  Big hugs all round.  Lovely!
Posted by Judith at 07:40