It was snowing in Manchester.  After a quick visit to the excellent Annie Swynnerton exhibition at Manchester Art Gallery 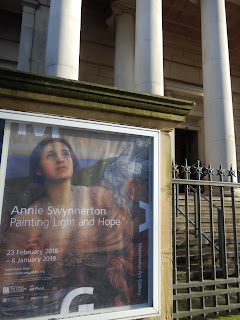 it was off to the beautiful Bridgewater Hall through the swathes of leprachauns (it being St Patrick's day). 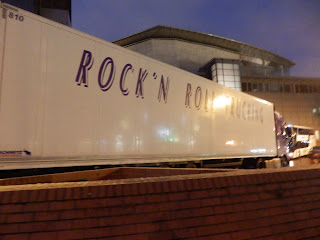 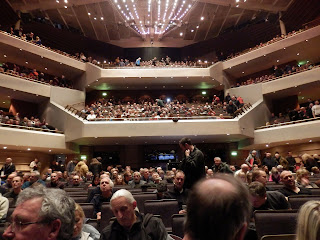 There are some nice expressive photos of Jon, as he conveys the soaring sense of the lyrics.  Jon always sings from the middle of the song outwards, and effortlessly holds the notes. 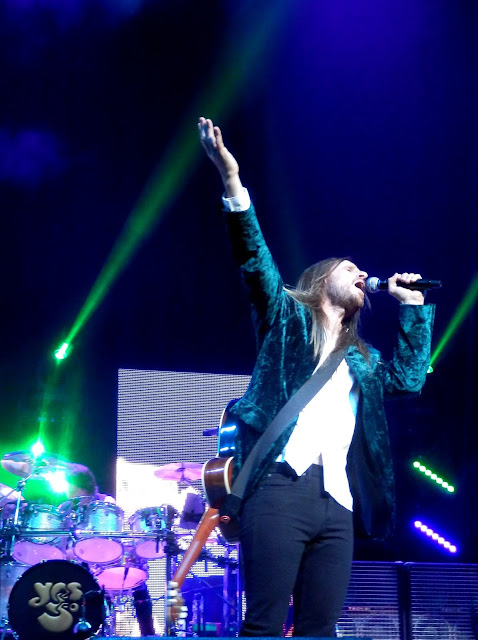 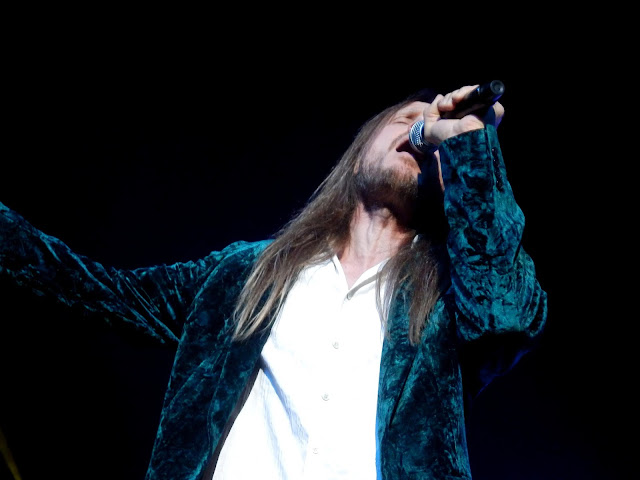 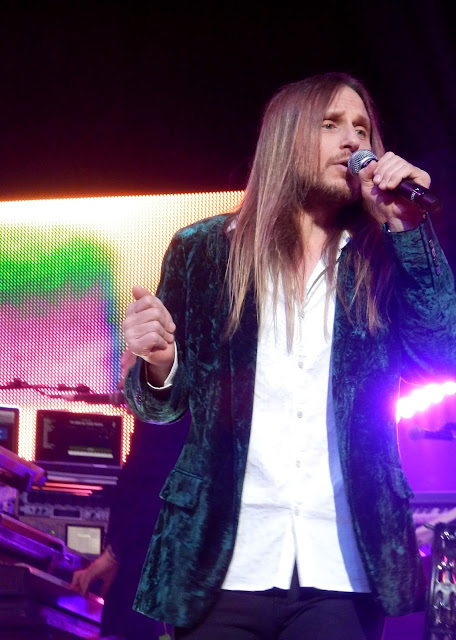 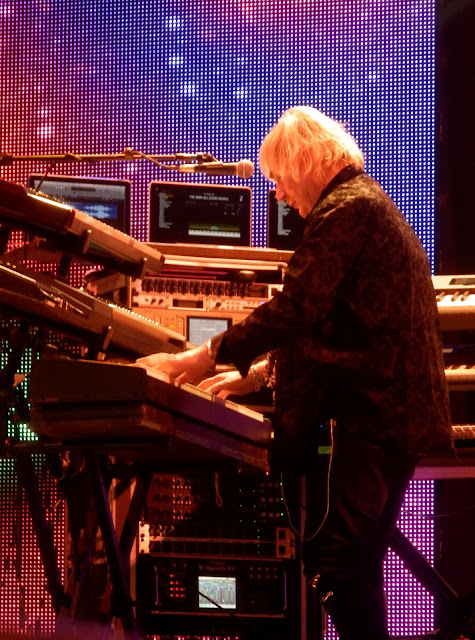 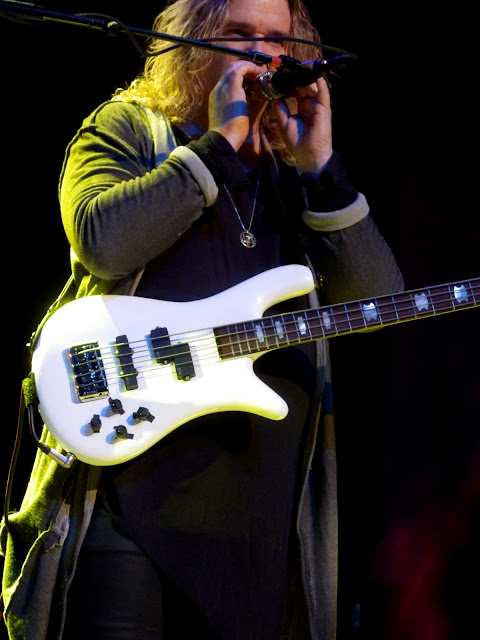 At one point, Steve becomes so animated that he goes to the back of the stage, steps up onto his stool and launches himself up into the air.  It is a move so bizarre and unexpected, and over so fast, that I completely fail to take a photo of it. 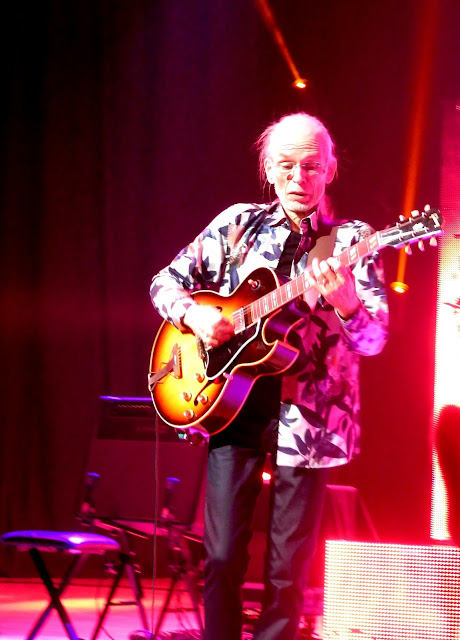 Steve - not a natural front man - had been increasingly embroidering his introduction to And You And I as the tour progressed. Now it was not only about ecology and the earth, but plastic bags as well. Who knew? 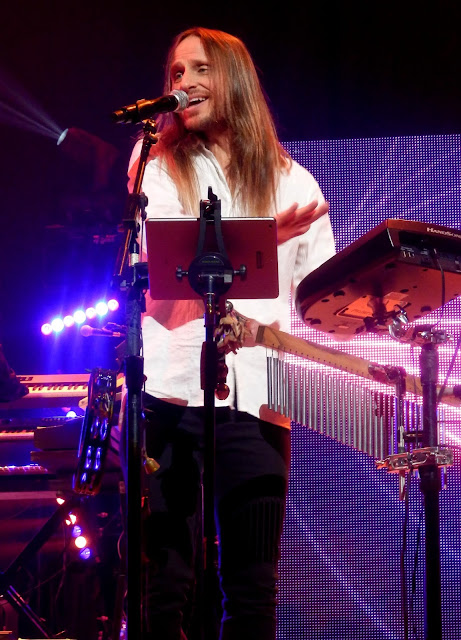 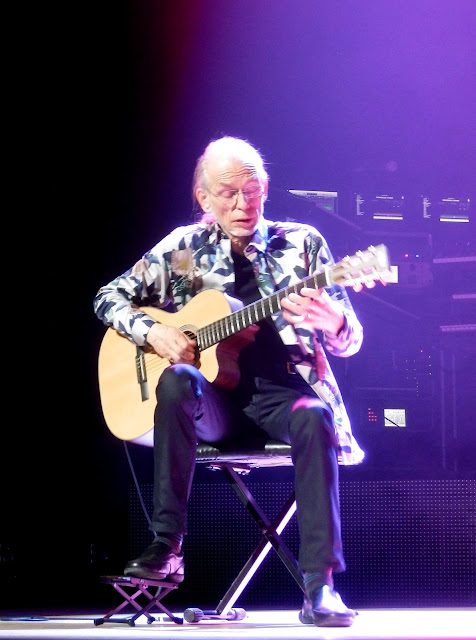 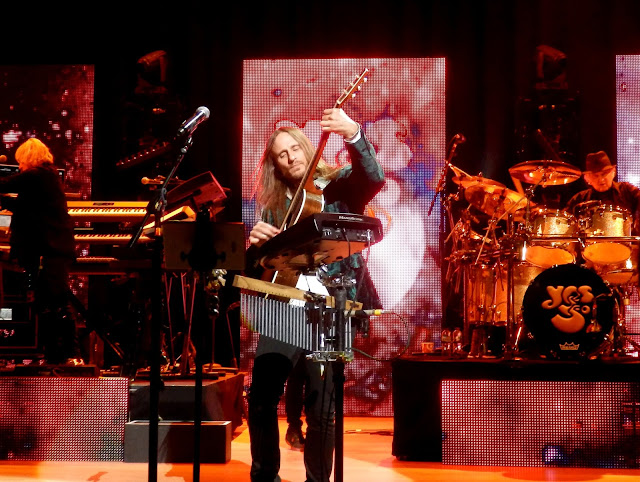 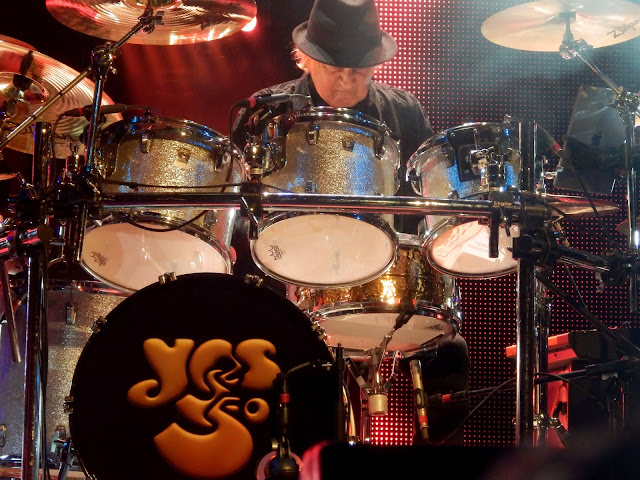 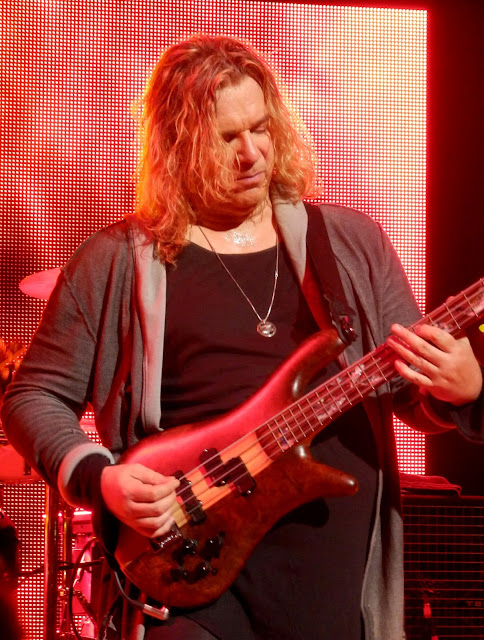 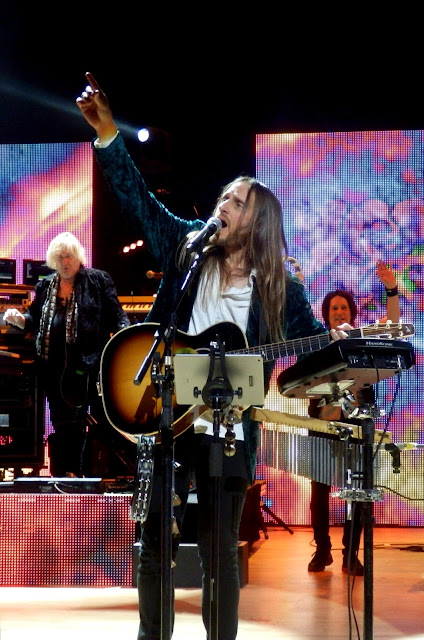 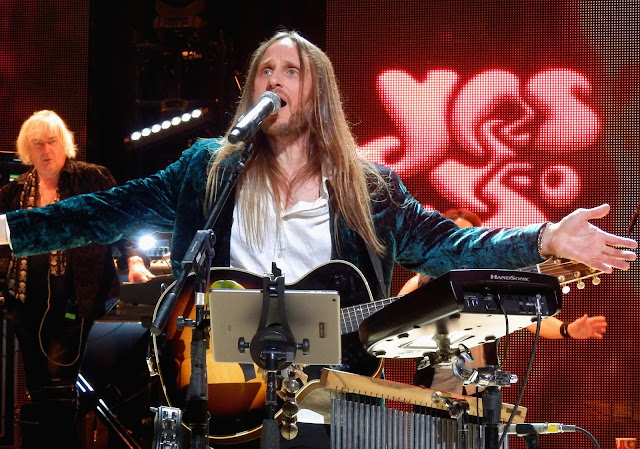 Steve had another 'relaxed' moment when he introduced the members of the band.  "And on the drums - Mr Jay Leno!"

Hence the signature on my ticket. 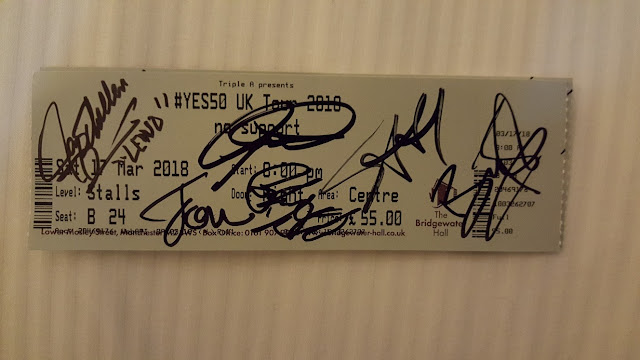