Day two of the Yestour.  Sheffield.  I love Sheffield.

After a train journey and lunch at the Fat Cat, it was a climb up one of Sheffield's magnificent seven hills (just like Rome!) to the City Halls, and another front row seat.  I was right in front of Steve.

I think this is a lovely one of a pensive Mr Howe. 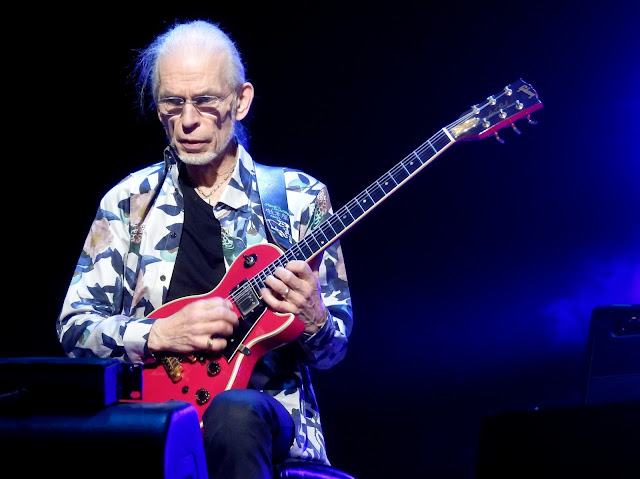 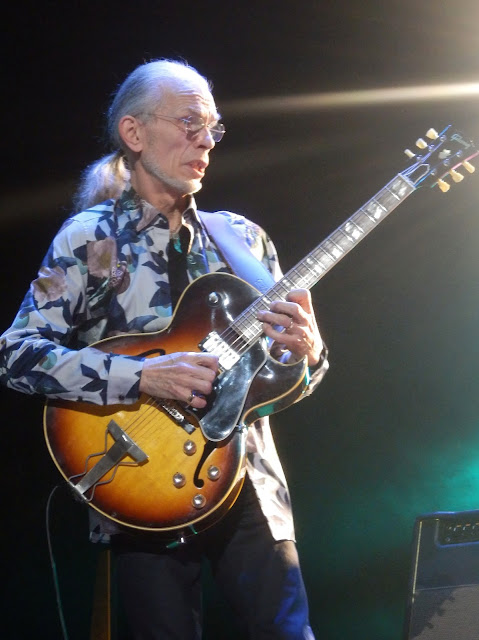 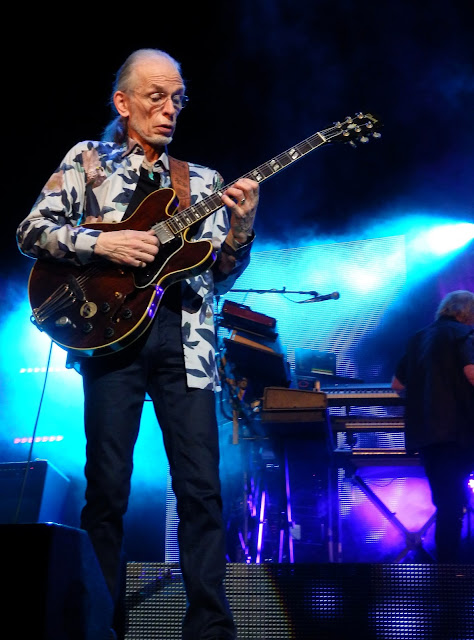 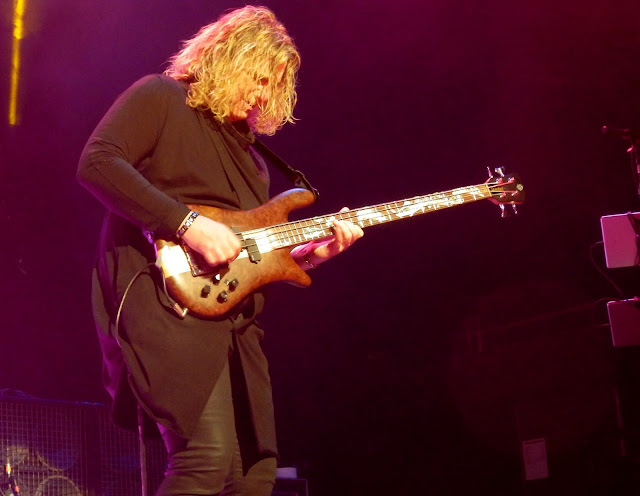 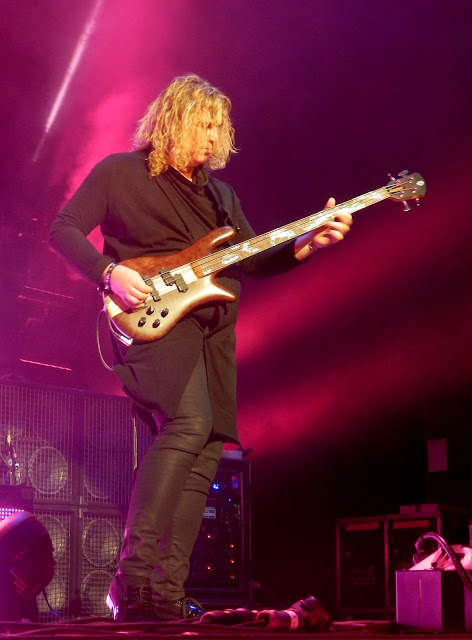 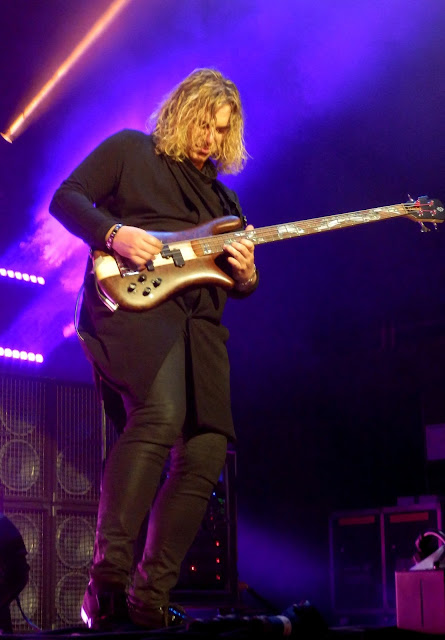 Jon, rocking the 'smart suit' look. When he stands still with his hands by his side, he holds the end of the cuffs in his fist like a schoolboy. 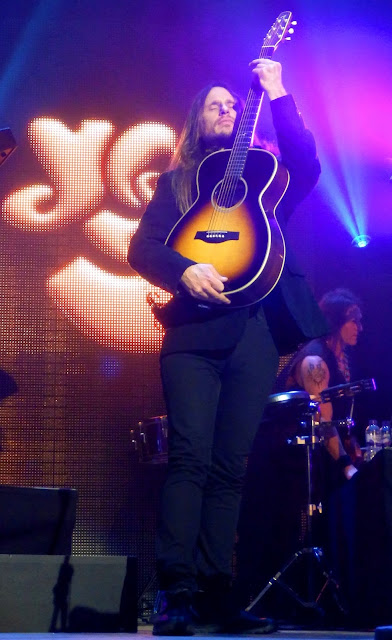 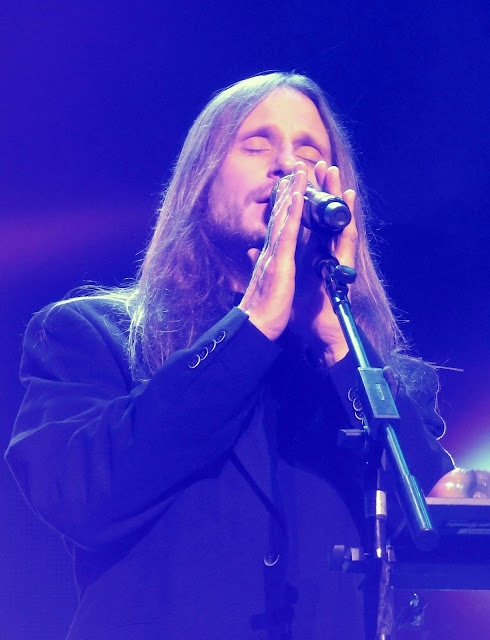 Here's Geoff playing away stoically in the background, having toned down the trousers from leopard-skin to merely bondage. 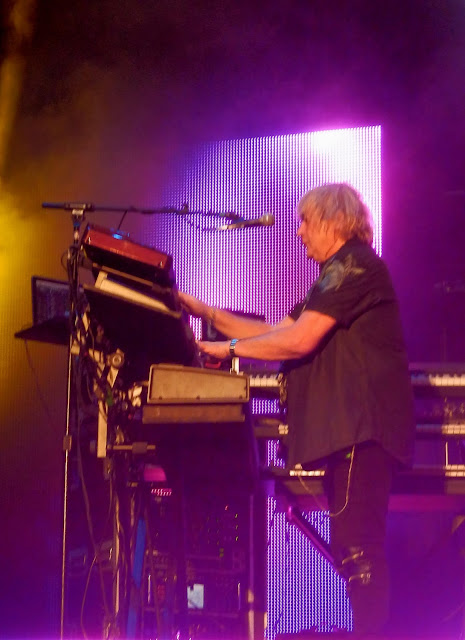 Bit of a mega-botch tonight in Parallels (not from Geoff, I hasten to add).  All were not happy. 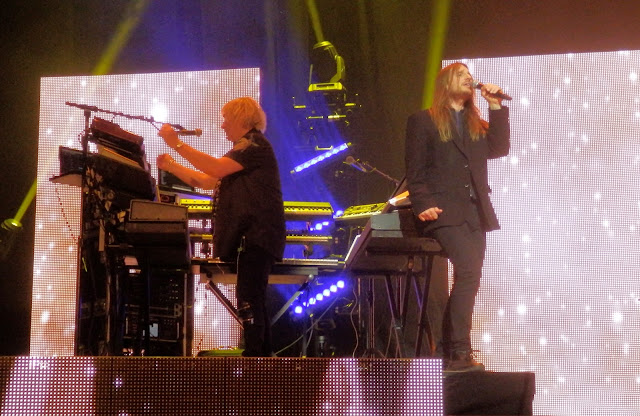 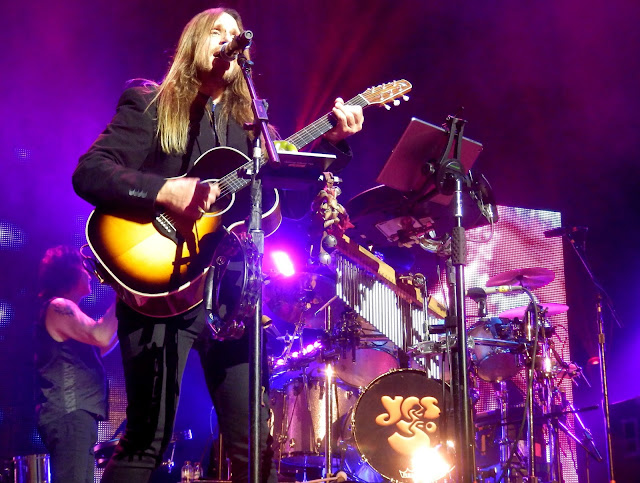 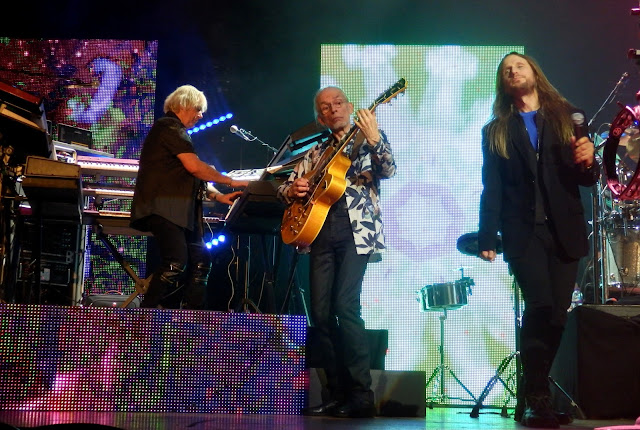 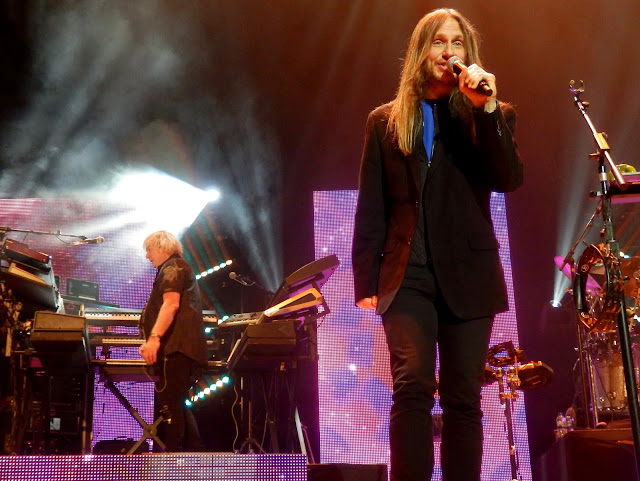 Here's Ritual, where Jay has stepped out from behind the drums to do percussion with Jon.  Alan may not be able to walk very well, but stick him behind a drum kit and watch him go! 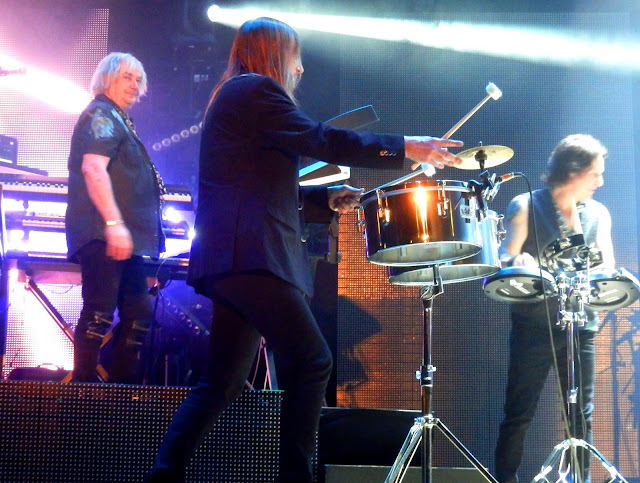 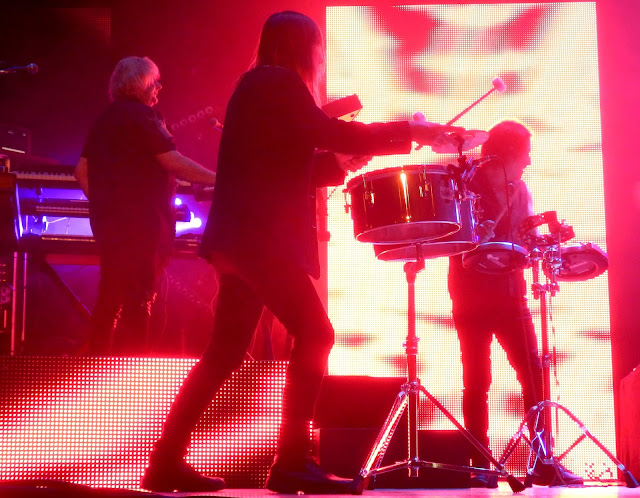 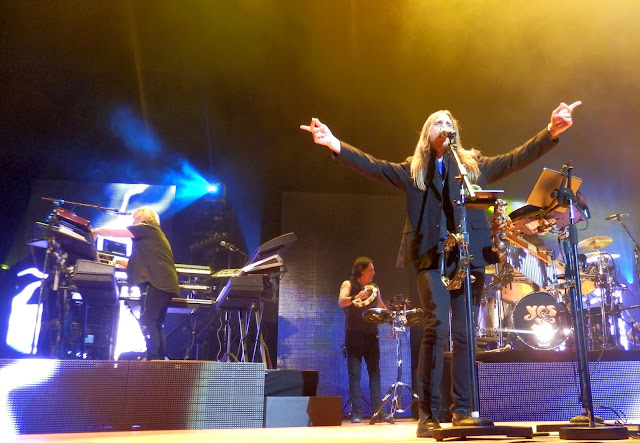 Billy almost literally on fire. Note that he has mother-of-pearl fish swimming down the neck of his bass.  It was also his birthday today. 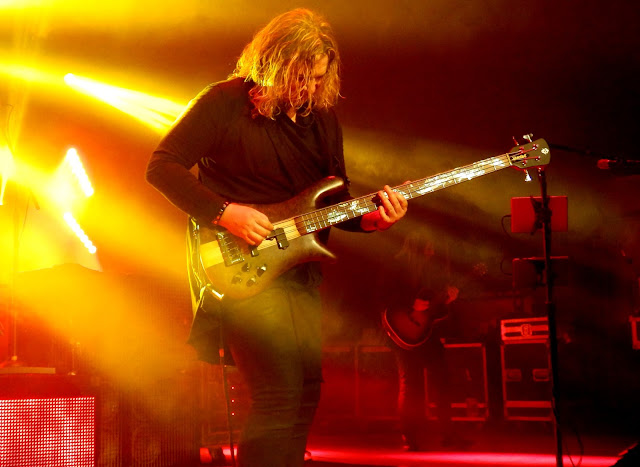