This was the first night of the Yes 50th Anniversary Tour, playing to a packed house at the rather soulless, and as-yet-to-be-renamed Colston Hall.  Here's the set list (ripped from the stage, hence the duct tape, and later signed by the band). 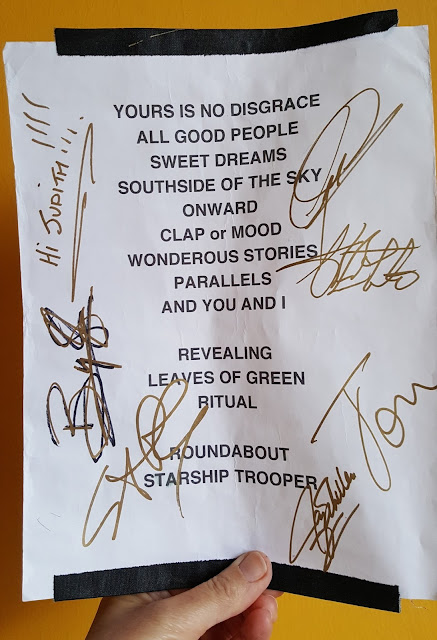 Apologies for only having two photos here - I was sitting in the front row (where Billy spotted me as soon as he came on), and there was a very enthusiastic bouncer enforcing a 'no photo' rule.  Having said that, the ones that I did take were hopeless, due to the height of the stage. 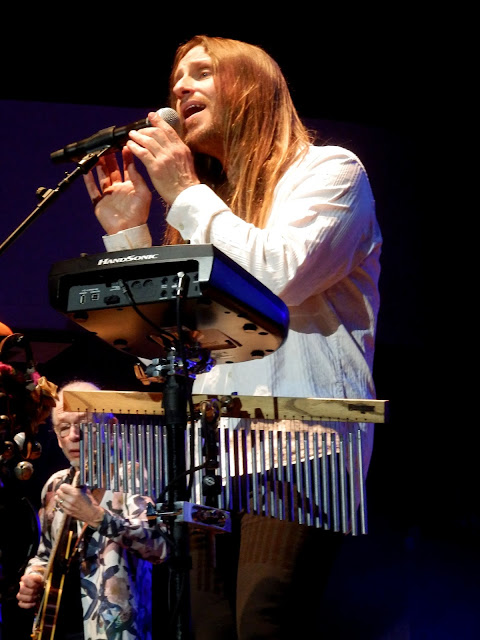 At the time, it all sounded pretty good, ripping along at a fair old rate.  However, later it would become evident that the first gig was actually pretty stodgy in comparison to later gigs.

I was also warned by said over-enthusiastic bouncer that as I was in the first row, I was to be aware of the 'smoke bombs' in the last song.  Smoke bombs??  This had me very worried, as I was about a foot and a half away from the equipment. What was this smoke bomb effect going to be like?  A great rolling tsunami of primeval fog?  A dense cataclysmic cloud of acrid pea-souper?

What we got at the climax of Ritual was, in fact, a special effect akin to four mice lighting up fags and taking a tentative puff.


None of this mood was helped by a static crowd of old-timers who remained glued arthritically to their seats.  There were only four people up on their feet at the end, and they were all Scots.

Here's Steve organising everyone taking a bow at the end, which is telling in itself. 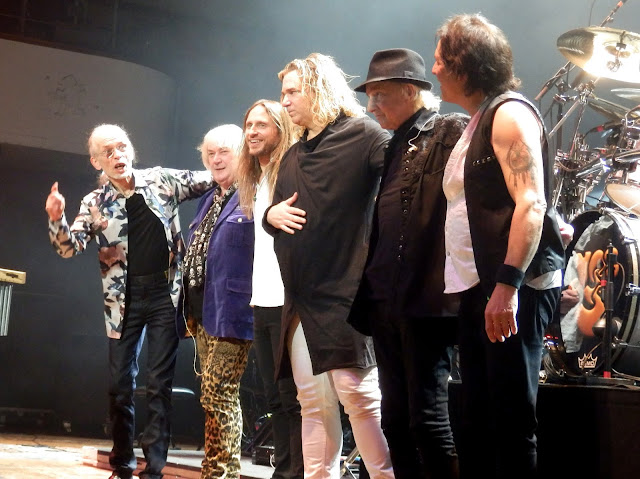 He wore the same outfit at every gig, right down to the same socks. Geoff is sporting a particularly bold fashion choice as you can see, and good for him.  He's a great guy, and an absolute team player. Jon has ditched the flairs and kaftans. Billy wore what I would describe as a 'throw'. Jay looked permanently cheerful, which was great, bless him, and Alan had a handrail at the back of the drumkit and a lot of help, which was a bit scary.
Posted by Judith at 03:09